It all started when we had gone on one of our numerous family camping trips. We’d take weekends, find camp grounds, and then let nature work its magic around us. My brother Matthew and I especially loved it because we were close in age and could make any hike a wild adventure. 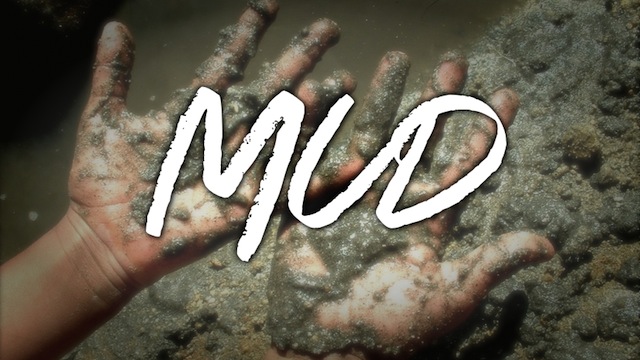 My parents would watch as our blonde heads would dash through the woods a little bit ahead of them on the hiking trails while we imagined ourselves as the greatest explorers to have ever lived. We’d climb the rocks with their jagged edges to show them who was boss, kneel down and stare at the water of the creek to see if we could spot a trout or a crayfish, and we’d turn walking sticks into weapons of epic warfare. We were boys, hear us roar!

I imagine my mom looking on smiling as she walked with her pregnant belly behind us this one particular time. Certain camping trips have become memorable for moments that stood out. And this one was about to be one of those “I’ll never forget it” moments.

As the path led us forward it was taking us down towards another creek. Water! Let’s go! The excitement welled up inside of our young hearts at the prospect of more water to play in and explore. We dashed ahead of the slower, older ones we lovingly called “Mom” and “Dad,” and made our way towards the all-natural water park.

Just a few more hops, steps, and leaps and we’d be there!

But it was the steps that got us. You see, we had no idea what was in store for us when we got to the few wooden steps leading us down towards the water level. What was it? What stopped us in our tracks?

A colony of carpenter bees had a comfortable home in one of those steps and our hopping from one step to another became unacceptable when our tiny feet came crashing down on their home. And so, as our tiny feet settled down onto the top of their hidden domain, a swarm of angry bees came up out of it.

Without warning they were stinging us all over. Our legs were an easy target, but not the only one they chose. If they could find any open part of our tender skin, they made us pay for our carelessness.

My parents came rushing in and my father hurriedly grabbed us up and took us out of the danger zone. But the damage was already done.

Tears were already making their way down our puffed up cheeks. The pain was excruciating and he knew it. So that’s when he took us down to that water’s edge and he did it. He dug his hand down into the muddy bank. He scooped up some of this mud and then began to coat our legs and arms with this odd ointment. In case you didn’t know, yes, mud actually does work incredibly well at cooling and easing the pain of burns or stings like we’d experienced.

Before too long we looked like little mud monsters. I’m sure we were a sight for sore eyes! And if you would’ve told me earlier that day that my dad would be putting mud all over me I would’ve thought you were crazy. But by the end of the day I would’ve told you that you were right. And I would’ve also said that it was all because my dad loves me.

Doesn’t it make you think of all the times God has done things in your life that have made practically zero logical sense? We all have them. In the moment it seems like He may have gone off the deep end this time. But then you get the rare opportunity to look back and see how what seemed unexplainable could be rather easily explained by this: He did it because He loves you.