It was a sunny day in Israel and sweat was dripping down his brow as he worked in the fields. The young man was working tirelessly on his father’s land despite the fact that just a short while ago something remarkable had happened. He had been anointed to be the king of Israel!

You may think you know who this young man is. If you guessed a guy named David, you’d be right. But only partially right. I mean, the description fits him too, I guess. But that’s not who I’m talking about. 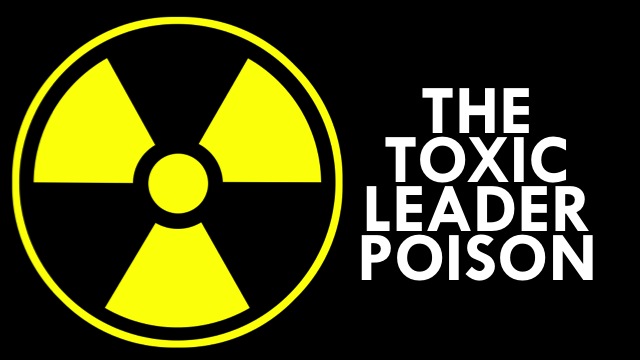 If you looked at 1 Samuel 11 you’d find that this description also fits a guy named Saul. Now you probably weren’t thinking of him, because we don’t seem to talk about this part of his life as much, but it’s still there.

Both Saul and David were anointed to be king. Both of them, after they were anointed, went back to working for their dads as if nothing had happened. Both of them experienced a successful battle shortly thereafter. And then they both went in two totally different directions.

You see, the toxic leader poison that can infect men and women and turn them from kings into madmen is rather simple. It infected Saul, but David was able to keep from it. What is it? Success.

See, before Saul became a raving lunatic and was attempting to make David a wall decoration with his spear, he actually did something very heroic. It’s not as well-known as David’s face off with Goliath. But it’s one of my favorite stories from the Bible.

Saul was in his father’s field plowing it with the oxen when he received word that a city in Israel across the Jordan River had been surrounded by an enemy. He knew he had to rally all of Israel to come to their rescue. So even though he had next to no real kingly esteem, he tore up his oxen into pieces and sent the message to all of Israel that the same thing would happen to their oxen if they didn’t help.

And come to help they did! They ended up beating the enemy and victory was had because of the excellent leadership of Saul.

For the sake of review, let me just remind you that David was also in a field (though he was with sheep and not oxen) when he received word. His word was that he needed to bring food to his brothers who were off to battle. When he arrived at the “battle” everyone was just standing around. Seemed that a giant on the enemy’s side was causing everyone to act rather sheepish. David was familiar with sheep.

So he stood up to the challenge of a man who would dare to speak against the living God. And after gathering five smooth stones with care, he sank one of them deep into the temple of Goliath’s oversized head.

Both Saul and David went from nothings to being heroes. Both of these men stood up to the challenge that faced them and met it with courage. And because it was God’s intent for them to experience victory, and because they were faithful to do what it took, they experienced the wonderful feeling of success.

However, that success ended up being toxic leader poison for Saul. It ended up being the only one he could handle. It immediately went to his head, as it often can with leaders.

He began thinking of what he had done. Forget what God had done or what the people of Israel had done! Success can blind leaders to the ones who really made it happen.

Saul let success get to his head and to his heart. The poison made its way through his blood and corrupted his entire role as a leader.

In order for us to be a leader like David rather than like Saul, it is absolutely essential that we decide with special care how we are going to handle our successes. Because they will either strengthen us or suffocate us.