It was at that point that I pulled over and Will and I began to investigate the situation. Getting out of the car, we could tell that this was a dog that had somehow gotten “out” of wherever “in” was and was now running all over the neighborhood marking his territory wherever he could. As we began our attempts at grabbing the dog we realized this was not going to be as easy as we’d hoped.

With every step the dog would huff and then step back. If we were lucky enough to circle around it and come in undetected for a few steps, it was only a matter of time before he realized and then barreled away. After about 10 minutes of continued failed attempts with this strategy, we’d had enough. Because we lack any semblance of pride and it just seemed like the best way at that point, we just started jogging after the dog without stopping. The dog moved closer to a busier road where cars were going by without realizing what was going on or having much time to stop if our little furry friend were to dart out in front of them. 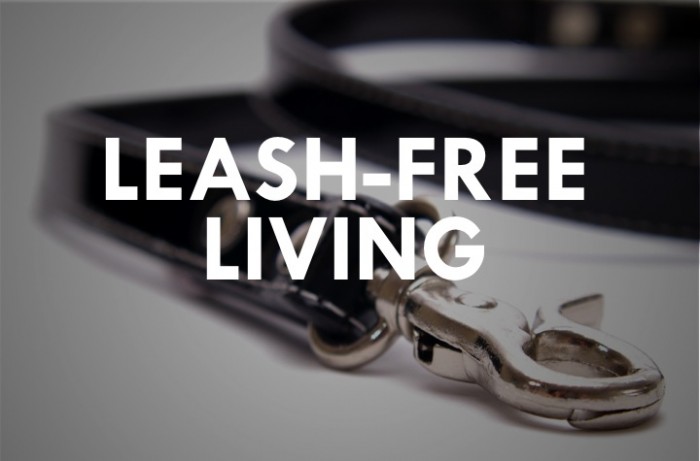 The other day I was driving in my car with my intern after dropping off a student when, all of a sudden, we noticed something peculiar. Running along the sidewalks of this particular neighborhood was a little bichon dog without anyone around. At first I thought that perhaps it was being kept in its own yard by an electric fence and that everything was just fine. But then, after marking the corner street sign, it began strolling across the street.

As I've been preparing for a new sermon series in our youth ministry on truth, this whole picture speaks volumes to me. The dog seemed to think that it was free, and it very much wanted to stay that way. It could run wherever it wanted. There were no rules! Freedom!

But one poorly timed leap out into the street and a car that happened to not be paying attention could immediately change the whole tenor of this romp through the neighborhood. Truth works much the same for us. It is like a leash. It holds us back. It makes some things ok and other things off limits. It gives us boundaries. It guides us.

Isn’t truth relative and subjective to our own personal experiences? Isn’t life too complicated to make any definitive claims about what is or is not? Doesn’t all this truth stuff just stifle life anyway?

Well the truth is our new friend Cocoa lived through this experience. We eventually caught up to him and were able to get him to a neighbor who returned him home. Fortunately for him, he survived.

But leash-free living is dangerous business. Cocoa would have had no idea the danger he was in until a car came and ended his life. Without a leash connected to its owner, this dog was in a real precarious situation without even knowing it. And without a leash (truth) connected to our owner (God our Father), we will be running around in precarious situations completely unaware of what’s really going on.

It’s why we need boundaries. We need limits. We need truth. It doesn’t limit us. Truth liberates us!